Situated on the western end of the Algarve coastline, Lagos is a historic and lively city with a buzzing nightlife, fabulous beaches, and a charming and picturesque Old Town centre. 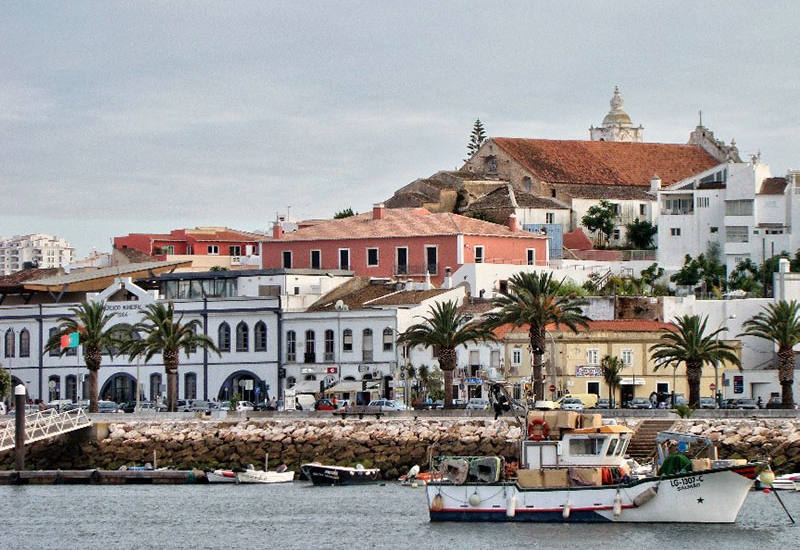 Lagos is one of the most visited cities in the Algarve. It’s not hard to see why as there is something for all ages here.

The hottest months are July and August, October marks the end of the holiday season, and winter falls during December and January.

Lagos is a little over 90 kilometres from Faro Airport, and it takes about an hour to reach the town by car.

Public transport from the airport to Lagos isn’t particularly good.

While there are public buses and trains from Faro (you’ll need to take a taxi from the airport to Faro bus or train station), there are limited daily departures.

A taxi hired from the airport to travel to Lagos will be expensive. It is much better to pre-book taxi transfers, or a cheaper option is to use transfer coaches, but be prepared for a long journey as they stop at many places along the way.

Rental cars are also available from the airport. The usual car rental companies, such as Avis, Budget and Hertz, have service counters in the arrivals area.

One of the biggest attractions in Lagos, apart from its amazing beaches, is the charming Old Town.

Next to Santo Antonio church is the municipal museum, where you will find interesting archaeological artifacts and a gallery of religious paintings.

The historic centre is perfect for a half a day of wandering around its cobbled streets.

For some interesting contrast to the Old Town, head along the waterfront on Avenida dos Descobrimentos (Avenue of the Discoveries) and you will come to the modern Lagos Marina.

People and boat-watching from one of the restaurants or bars here is the perfect way to spend a pleasant afternoon.

Ponte da Piedade is one of the most visually stunning natural features in the whole Algarve region.

These colourful sandstone cliffs form the southern headland of Lagos. Stone arches, grottos and sea caves have been chiselled out by the powerful Atlantic Ocean.

They can be viewed from the cliff top, but a much more popular way of exploring is by boat, to view this wonderful sight close up. Kayak tours of the caves are also available. 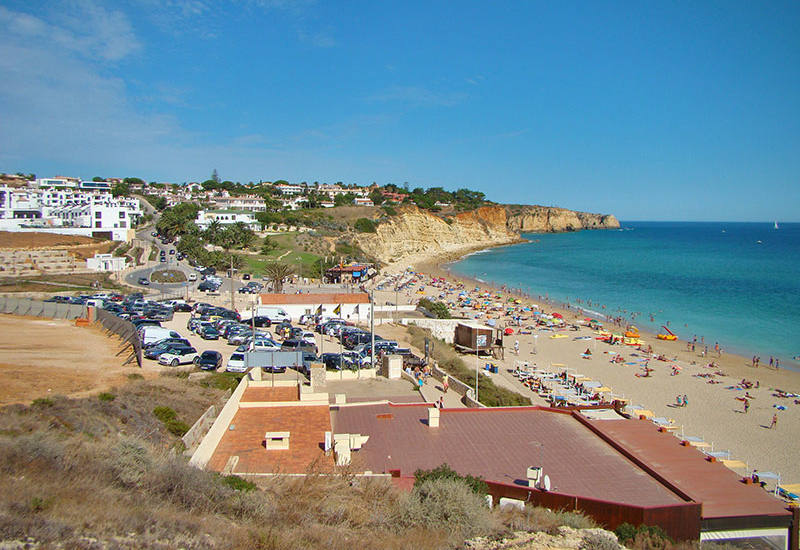 Most people visit the Algarve for the beaches, and at Lagos you won’t find any better. Quiet sandy coves are sandwiched between dramatic sandstone cliffs.

Water sport enthusiasts are catered for at the four-kilometre Meia Praia, the largest beach in the Lagos region and divided into two by the Ribiera de Odiáxere estuary.

The crystal-clear waters of Lagos make this an ideal destination for snorkellers and divers. There are numerous diving schools catering for beginners through to the most experienced aficionados.

Lagos is awash with restaurants, cafés and bars serving snacks, so you’ll never be far from an eatery.

With over 200 kilometres of Algarve coastline, it’s not surprising that fresh fish is a staple part of the local diet.

Try grilled fish or chicken piri-piri (a Portuguese speciality) in one of the many traditional restaurants and you won’t be disappointed.

If that doesn’t appeal, you’ll find something for everyone’s tastes here, including Italian, Chinese, Indian, Thai and “Mediterranean”.

As well as many options in the Old Town, there is a good selection of bars and restaurants at the marina, as well as many excellent beach restaurants. Your biggest problem will be deciding where to eat!

A fish market is located close to town where you can buy fresh fish and seafood. It also has an upstairs restaurant with fantastic views across Lagos bay.

Lagos has a buzzing nightlife scene attracting party-goers, especially at the height of the summer season.

The party scene in Lagos is famous, but it’s much more chilled than Magaluf or Ibiza. As well as packed bars, there are also various elegant live music options. In this respect, Stevie Ray’s Blues Jazz Bar is a relaxed bet.

For out and out dancing on the bar, ridiculous drinking games and cocktails, head to Joe’s Garage.

You will also find great cocktails at Bon Vivant and Shaker Bar (including excellent Mojitos).

The centre of Lagos comes alive in the evenings with street entertainers and buskers; and everything you need for a festive night is within walking distance.

Lagos Zoo isn’t a major commercial zoo, but it is still worth a visit – a relaxed zoo based on principles of conservation, education and protection.

There are more than 120 animal species here, and 200 botanical species from five continents.