Solo travellers on British Airways flights are being offered new benefits under the Companion Voucher system. From this month card members who have earned a voucher since September 2021 can redeem it when booking a solo trip. According to the airline company – one of the main operators at Faro Airport – they are eligible for a 50 per cent discount on the Avios cost of the booking.

“This is an additional option for travellers offering added flexibility. Card members can still choose to use the Companion Voucher to travel with a friend as they would have previously – receiving a second seat for a companion travelling on the same Reward Flight booking as them for no additional Avios.”

Passengers booking British Airways Reward Flights using a Companion Voucher (either as a solo traveller or with a companion) now also have more control over their Avios spend. “They will be able to choose from a variety of options regarding how many Avios to spend versus cash on each booking. This was previously fixed to just one Avios and cash option based on the route and cabin.” 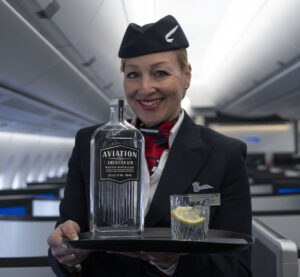 Companion Vouchers are awarded to travellers who hold either the British Airways American Express Credit Card or the British Airways American Express Premium Plus Card and reach the required spend amount within their card membership year. They can be redeemed on available British Airways Reward Flights, including those that don’t start in the UK, allowing card members to book either one journey for 50 per cent of the Avios required, or take a second traveller on their journey (on the same flights and in the same cabins) for no additional Avios (plus paying taxes, fees and charges per person).

Commenting on the initiative, Ian Romanis, British Airways’ head of retail and customer relationship management, said, “Solo travel is a popular option for our customers, which is reflected in the number of solo bookings we have seen. We’ve listened to our customers and we’ve introduced these exciting changes, understanding that flexibility is more important than ever to them.”

Added American Express vice president Caroline Bouvet, “Companion Vouchers are an incredibly valuable benefit for card members, so it’s exciting that we’ve been able to make it even easier for them to be used on flights. As people return to travel – looking to go away by themselves or with a friend – the British Airways American Express Cards are a great way to turn everyday spending into travel rewards, and the only way to earn the much-valued Companion Voucher.” 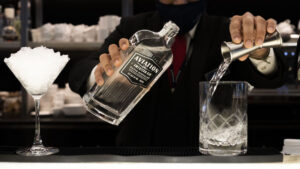 Whether travelling alone or with a friend, there is nothing like a refreshing cocktail to get into the right holiday mood.

Earlier this year, British Airways and Aviation American Gin announced a new partnership launching an on-board gin. Customers flying on long-haul routes are offered it from the in-flight menu while short-haul passengers flying to destinations including Faro can buy it from the on-board Speedbird café.

Founded in Portland in 2006, Aviation American Gin is described as “a metaphor for taste and adventure… infused with a democratic blend of botanicals – cardamom, coriander, French lavender, anise seed, sarsaparilla, juniper, and two kinds of orange peel to create a smoother, softer, more refined take on gin”.

Border and security staff at Faro Airport have been reinforced for summer.