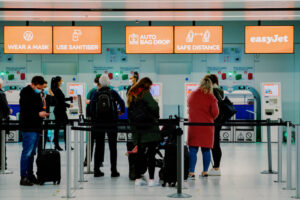 The airline company’s CEO, Johan Lundgren, has also strongly criticised the UK government’s decision to move Portugal from the “green list”, arguing that “it simply isn’t justified by the science”.

The controversial decision to categorise all of Portugal – including the Algarve – as an “amber” destination means people returning to the UK will need to self-isolate at home for up to 10 days rather than avoid quarantine altogether.

UK transport secretary Grant Shapps said ministers did not want to take risks before a review of the fourth stage of Britain’s “unlock”, after which all legal restrictions on social contact in England are set to be lifted from 21 June.

However, in a Twitter post Portugal’s foreign ministry said, “We take note of the British decision to remove Portugal from the travel ‘green list’, the logic of which we cannot understand. Portugal continues to carry out its prudent and gradual deconfinement plan, with clear rules for the safety of those who live here and those who visit us.”

Scotland, Wales and Northern Ireland all confirmed they would adopt the changes, which will come into effect at 4.00am (BST) on Tuesday 8 June. The next review of the UK’s “traffic lights” system for holiday travel is not due until 28 June.

Until now, Portugal had been the main European tourist destination enjoying “green” status since 17 May, and the travel industry as a whole expressed surprise at this week’s decision to revoke that privilege.

Airlines UK chief executive Tim Alderslade told the BBC’s World Tonight program that the “feeling within the sector is we are being potentially sacrificed in order to protect the domestic reopening on 21 June”.

EasyJet’s Lundgren said, “This shock decision to add Portugal to the ‘amber list’ is a huge blow to those who are currently in Portugal and those who have booked to be reunited with loved ones, or take a well-deserved break this summer. With Portuguese rates similar to those in the UK it simply isn’t justified by the science.

“We have demonstrated that a safe re-opening of travel is possible, as our study with leading epidemiologists from the Yale School of Public Health showed that the criteria which matters most is the impact on hospitalisation rates back in the UK, not the infection rates in destination. Reopening travel to much of Europe would have a negligible impact on hospitalisation rates in the UK.” 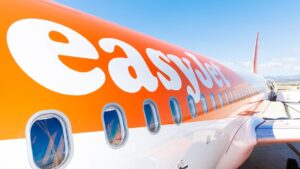 One day after the decision to remove Portugal from the “green list”, Easyjet announced that more than 1,000 additional seats had been added on routes from Faro to London Gatwick, London Luton, Bristol and Manchester.

In a press statement, the company said, “Customers can easily transfer to these flights themselves via Manage Bookings at easyJet.com or via the easyJet mobile app. Customers on EasyJet holidays packages have been contacted directly and supported if they want to make any changes to their holiday arrangements.

“To support any customers who require new tests to be able to return to the UK in line with current UK government requirements, the airline and holiday operator is working with its testing partners to assist customers in Portugal who need to make new testing arrangements. Approved testing partner Collinson will be contacting all customers who have a single arrivals PCR test booked or who booked a pre-departure test, to advise them to book a second post-arrivals test. To help make this more affordable for customers, for an additional test there will be a 20 per cent discount available for EasyJet and EasyJet holidays customers.”

“We know first-hand from our customers what a blow this sudden decision to put Portugal on the ‘amber list’ is,” said CEO Johan Lundgren. “With many British tourists currently in Portugal our priority is to help the customers who need to return ahead of the Tuesday deadline.

“We already offer some of the most flexible policies for customers through our Protection Promise, which means that any customers booked to travel to Portugal this summer who want to change their plans can transfer to another date or destination, fee-free.”