Wizz Air and Transavia to Expand 2022 Services at Faro Airport 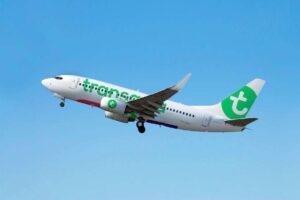 This follows British Airways’ announcement earlier this month that it will be offering low-cost flights servicing Faro Airport as part of a new Gatwick offshoot operation due to be launched in March.

According to Transavia, its new services to Faro from Brussels Airport are scheduled to start on 30 June and be four times a week.

“Our flights from Brussels Airport strengthen our position in the Dutch and Belgian market,” said Transavia general manager Marcel de Nooijer. “Many of our current customers and business partners already come from Belgium and the southern Netherlands. That is why we see the start of flying from Brussels as a great step to continue to provide existing customers in Belgium and the Netherlands with their wishes with a number of beautiful destinations.”

Noting that the airline had enjoyed increasing popularity for many years among Belgian travellers looking for a sunny destination, Brussel Airport CEO Arnaud Feist said, “In addition, the winter sports flight to Innsbruck offers our travellers a new destination in our ever-growing network of cities in Europe.”

Faro is one of four destinations being offered by Transavia for next summer – the other three being Alicante and Ibiza in Spain, and Heraklion-Crete in Greece. 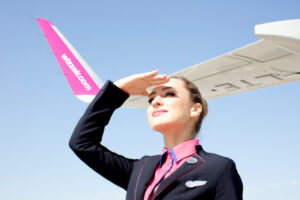 Meanwhile, Wizz Air says it plans to expand its London Gatwick operations with the launch of 14 new low-fare routes, including the Faro Airport gateway to the Algarve.
Now on sale, and scheduled to be launched from March, the flights follow a successful bid by Wizz Air for a portfolio of 15 daily slot pairs at Gatwick Airport. As part of this expansion, the airline plans to base four additional A321neo aircraft at Gatwick, bringing the total to five.

“We are delighted to be launching a host of new routes from Gatwick,” said Wizz Air UK managing director Marion Geoffroy, “Whether it’s a relaxing beach holiday in the Algarve or a city break in Montenegro’s capital of Podgorica, there are many wonderful destinations to discover and return to. These new routes are further evidence of our commitment to providing low-fare connectivity to our UK customers. We are looking forward to welcoming customers old and new onboard our young, efficient and green aircraft in summer 2022 to enjoy our excellent service as they head off on their well-deserved trips abroad.”

Added Stephanie Wear, vice president of aviation development at Gatwick Airport, “Wizz Air are one of Europe’s largest airlines and have seen the benefits of expanding at the airport for some time, so I’m delighted that five Gatwick-based aircraft will fly routes to popular destinations across Europe this summer.

“Many competitively-priced tickets are already on sale which, after everything we’ve all been through, gives more people the opportunity to take advantage of Gatwick’s fantastic connections to visit friends and relatives, or take a long-awaited holiday, when these new flights start flying from the end of March. Despite the current situation, we’re looking forward to a better summer.”

According to Wizz Air, “For ultimate peace of mind during this time, passengers can book tickets with the airline’s travel insurance package, which includes COVID-19 cover and WIZZ Flex. With WIZZ Flex, passengers can cancel their flight up to three hours before departure without any fee and receive 100 per cent of the fare immediately reimbursed in airline credit.”

For live information about flight arrivals and departures at Faro Airport, click here.