Aljezur isn’t a coastal town, but that doesn’t mean you should rule it out as a holiday destination.

Wonderful nearby beaches are easy to travel to, and the town itself is a relaxing haven with an interesting history and hilltop castle ruins. 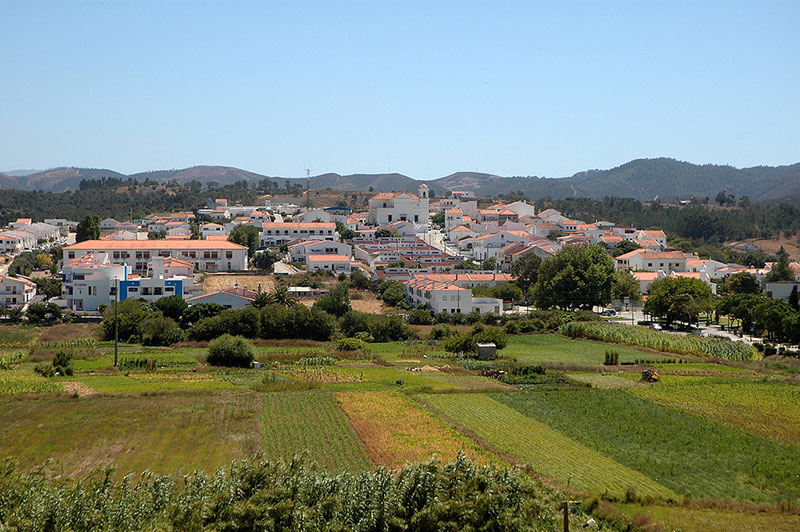 If you are looking for a holiday destination in the countryside away from the hustle and bustle, Aljezur certainly won’t disappoint.

Situated in a lush green valley, Aljezur is a town of two halves set either side of a river.

The Old Town on the western side of the river climbs sharply and is steeped in Moorish history, while the relatively modern lower part of the town sits on the eastern bank, offering amenities such as a bank and post office, and a good selection of bars and restaurants.

In the 18th century, when malaria was rife, the Bishop of the Algarve wanted everyone to move to the other side of the river to escape the disease. A new settlement was built, but many refused to move and stayed put, thus maintaining Aljezur as a town of two halves.

Aljezur is set in the countryside about 10 kilometres from the coast in the south-west part of the Algarve.

The easiest way to get to Aljezur from Faro Airport is by car, and the journey takes one hour and 10 minutes.

All of the main car hire companies have service points in the arrivals area at Faro Airport.

Alternatively, there are shuttle services from the airport, and taxis (although you should be aware that a taxi over this distance will be expensive).

There are buses to Lisbon and Lagos from Aljezar, and the local buses go to Odeceixe and Rogil.

Aljezur does not have a train station, with the nearest one being in Lagos.

The Old Town comprises a network of narrow, cobbled streets lined with whitewashed houses, creeping upwards towards the 11th century castle ruins at the top of the hill.

A visit to the castle is a must and, if you don’t fancy the climb, you can drive there.

Just follow the signs to the “historic centre” and keep going until you get to the top, where there is plenty of parking at the castle. The views are absolutely amazing, and it’s the perfect spot for a picnic.

There are four museums in the Old Town, including Casa Museu Pintor José Cercas, displaying the works and collections of local artist José Cercas.

Housed in a 17th century chapel, the Museu Antoniano is a museum devoted to St. Anthony, displaying, books, coins and icons related to the saint.

And in the old blue and white town hall you will find the Aljezur Municipal Museum, exhibiting archaeological remains from the local area.

While known as the “new” town, it was originally developed in the 18th century (as explained above).

There is a pleasant main square where you will find an 18th century church, Igreja Matriz de Nossa Senhora da Alva, plenty of shops and cafés, and a supermarket. 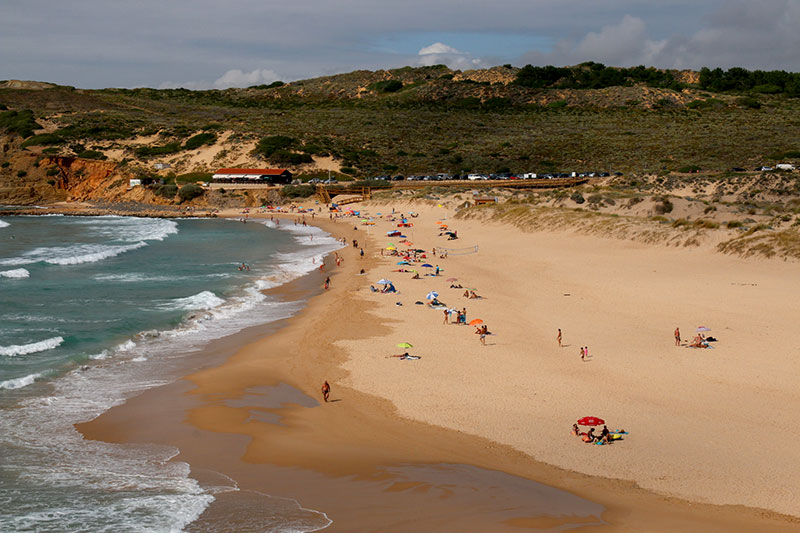 The nearest beach, Praia de Monte Clérigo, is about 10 kilometres away.

The drive through the countryside is enjoyable, and the views as you approach the beach are spectacular.

Another beach worth visiting is Praia da Arrifana, where the conditions make it a surfer’s paradise. The sandy beach is set below high, crumbling black cliffs, which shelter a tiny fishing harbour.

We would certainly recommend hiring a car.

The area surrounding Aljezar is a nature park, and the nearest strip of coastline is home to some of the most pristine and scenic beaches in Europe.

There are, however, many modest cafés and eateries offering great seafood and authentic Portuguese cuisine – as well as an excellent pizzeria.

Aljezur is a popular stop for walkers, as it’s a crossover point on both the 300-kilometre long Via Algarviana trail and the 400-kilometre Rota Vicentina.

The surrounding countryside is magnificent for those who love walking.

Nearby Villages to Explore

Take the time to explore some of the nearby villages.

Bordeira is less than 20 minutes’ drive south and set in the countryside just a short distance from the beach of the same name.

Near Bordeira is Carrapateira, which has the remains of a 17th century fort on its hill.