Silves is a charming and traditional Portuguese town of significant historical importance.

During the Moors’ rule over the Algarve (700-1200 AD), Silves was the capital of the entire region.

The huge red-brick castle, the city walls and the defensive gates are remnants of this once-defensive stronghold.

As Silves is more than 15 kilometres from the nearest beaches, it is not really a holiday destination for couples and families seeking the sun, sea and sand commonly associated with the Algarve.

However, this historic town is regarded as the best place to go on a day trip from the large resort towns of the Algarve, namely Lagos, Portimão and Albufeira.

Silves is 18 kilometres north of Portimão.

The best way to travel here is by one of the traditional fishing boats, which sail up the Arade River from Portimão or Praia da Rocha.

The tours usually allow two to three hours in Silves before returning.

You can also conveniently travel to Silves using a rental car.

There is plenty of parking in the main car park situated at the south-west corner of the town.

Don’t try to drive into the centre: the maze of narrow streets is not designed for traffic.

There are also multiple bus connections for those without a rental car, and a train service runs from Lagos and Faro (although the two-kilometre walk from the station into town isn’t easy, as it follows a major road with less than adequate footpaths).

Silves is approximately 62 kilometres from Faro Airport, and the journey takes around 40 to 50 minutes by car. 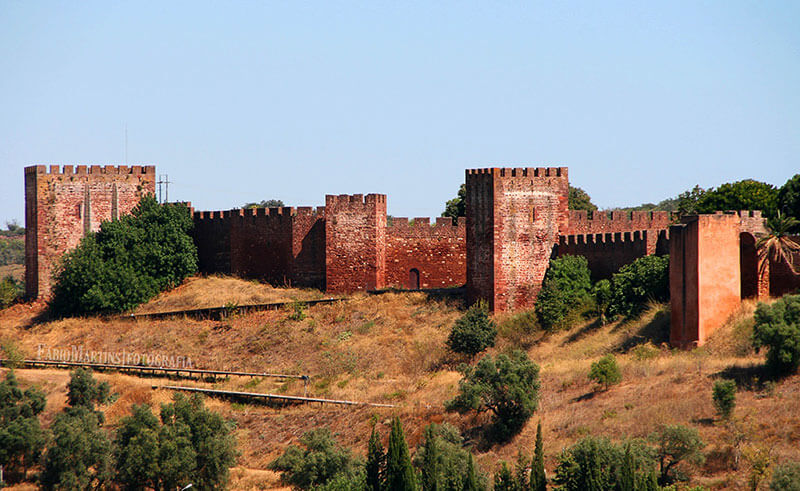 The main tourist attraction in Silves is unquestionably its imposing red-brick castle. Dominating the skyline, the 12th century fortification was the scene of fierce battles and an extended siege.

Inside the castle are extensive archaeological excavations.

Walk the parapets and admire wonderful views of the town from the battlements. 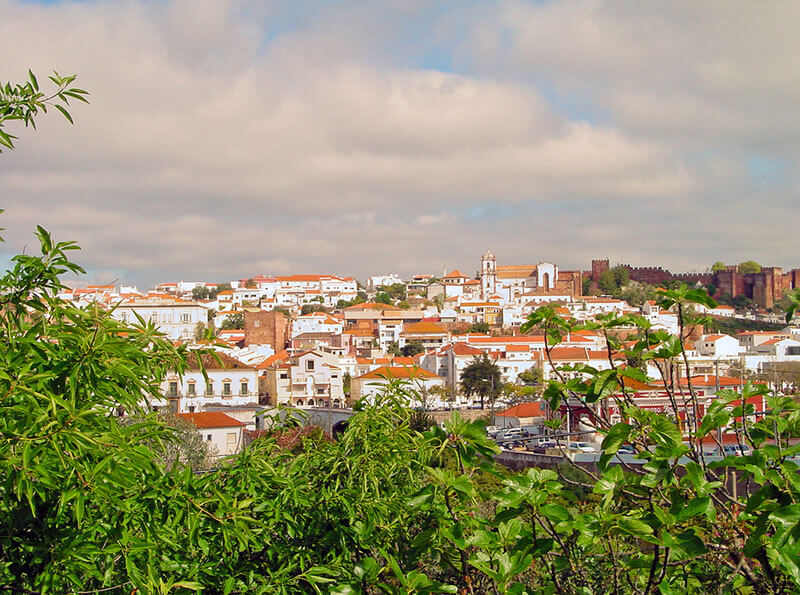 Something you won’t find in many guide books about Silves is mention of the vantage point from the hill on the opposite side of town.

Take the road to the train station, which leads from Silves via the Ponte Romana bridge, and head up the hill.

From here you will be able to enjoy wonderful views of the orange rooftops of Silves and the castle.

Sé is one of the Algarve’s most impressive cathedrals, with a largely unaltered Gothic interior showcasing elegant vaulting, beautiful windows and fine tombs.

It is well worth spending a few hours wandering around the winding, sleepy streets to discover the delights of this charming town.

Lasting over 10 days in mid-August, the Silves Mediaeval Fair attracts many visitors keen to watch a series of historical re-enactments and jousting tournaments.

The fair pays homage to the Christian Reconquest era.

People dress up in mediaeval costumes and there is dancing, juggling and all sorts of street entertainment.

Many of the narrow, cobbled streets are turned into a mediaeval market place with trestle tables, hay bales, barbecues and spit roasts.

There are many atmospheric cafés and restaurants scattered throughout the town.

The star choice for foodies has to be Restaurante O Barradas. It is set in a converted farmhouse, and owners Luís and his German wife Andrea source organic fish and meat and seasonal vegetables and fruit. You can also savour fine wines here as the owner is a winemaker.

Another popular place to eat is Recanto dos Mouros, which serves up hearty food at reasonable prices.