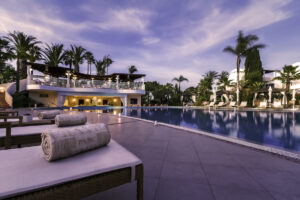 One of the Algarve’s top luxury resorts is in a celebratory mood this spring. Vila Vita Parc begins its 30th anniversary celebrations this month – “from high gastronomy to curated music concerts and lifestyle parties” – and continues the festivities in June.

Tonight (7 May), the “very British and very eccentric” Peter Crawford is presenting a selection of exclusive Champagnes from vignerons, paired with chef Hans Neuner’s “Route to India” menu at Ocean restaurant.

On 23 May, the first of three fine dining evenings showcasing the best of French cuisine, combined with Portuguese dishes, begins with a collaboration with chef André Lança Cordeiro from Essencial restaurant in Lisbon.

Pedro Almeida, who runs the kitchen at Midori in the Penha Longa Resort (Sintra), will be joining Mizu Teppanyaki’s resident chef Isa Isaulinda Pires for a four hands dinner on 2 June, when “without filters and seasoned with technique and creativity, the connection between Japan and Portugal will be surely honoured”. 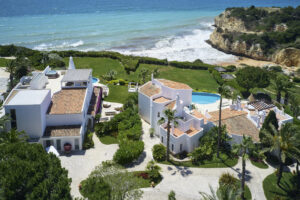 In June, the resort honours its Portuguese roots and identity, coinciding with local traditions that celebrate the Santos Populares, highlighted by Saint Anthony, Saint John and Saint Peter festivities throughout the country. At Vila Vita Parc, this will involve “lots of good music, great food and wine, and a good dose of fun”.

The melodic voice of singer-songwriter Bárbara Tinoco, considered one of the most influential artists of her generation, will provide guests with an authentically Portuguese and intimate musical evening at Adega restaurant on 12 June.

On 13 June, Vila Vita Parc will pay another tribute to the region, when the Algarve’s top chefs combine their culinary repertoire for a series of sumptuous dinner dishes at Adega restaurant, accompanied  by celebrated wine producers and live entertainment.

On 19 June, chefs from all six of Portugal’s two-star Michelin restaurants will be at Atlântico restaurant, hosted by chef Hans Neuner from Ocean (also with two stars), for the first time ever. “A unique event with a tasting menu worth 14 stars that will exceed any foodie’s dream.”