Global Recognition for the Algarve’s Top Beaches and Resorts

Last year, the Algarve’s beaches were honoured with the same European award, for a seventh time, and went on to earn an even greater distinction as the “World’s Leading Beach Destination” for 2020.

This year, the award was one of nearly two dozen received by Portugal in the European category, including “Europe’s Leading Tourist Board” for Turismo de Portugal.

The World Travel Awards were established in 1993 “to acknowledge, reward and celebrate excellence across all sectors of the tourism industry… recognised globally as the ultimate hallmark of quality, with winners setting the benchmark to which all others aspire”.

“Our winners represent the very best of Europe’s travel and tourism sector,” said World Travel Awards founder Graham Cooke, “and my congratulations to each of them. They are all playing starring roles in leading the travel and tourism recovery.” 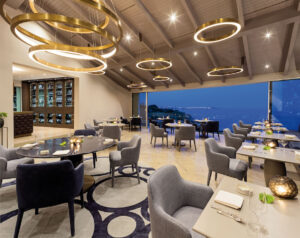 Global Restaurant of the Year

Meanwhile, in the 2021 World Luxury Restaurant Awards, Ocean Restaurant in Vila Vita Parc Resort & Spa has been awarded the “Global Overall Restaurant of the Year” trophy.

Established in 2015, the awards are considered the pinnacle of achievement in the luxury restaurant industry. During a four-week period, more than 100,000 international travellers voted to select the winners. 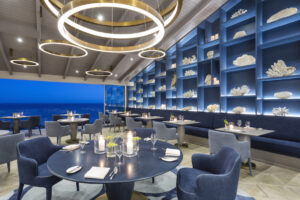 “True luxury is not easily achieved,” said World Luxury Awards marketing director Michael Hunter-Smith.” “It takes top efficiency and dedicated teams that are willing to go the extra mile. This is the definition of luxury. It’s what makes winners shine.”

To that end, Ocean restaurant was created 13 years ago in a stunning Alporchinhos setting, offering (according to the awards citation), “spectacular Atlantic views and the perfect combination of sublime food, seamless service and an atmosphere of casual elegance, with Portuguese gastronomic authenticity at its heart. Murano hanging crystals line the entrance, guiding diners into the room where a natural palette of colours evokes the deep blue of the sea, the sky and the golden sands of the Algarve.” 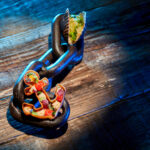 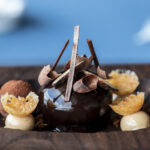 The restaurant secured its first Michelin star in November 2009, followed by a second in November 2011, and after an integral transformation it reopened in spring 2017.

Vila Vita had even more reason to celebrate in October, after its Spa by Sisley Paris won two distinctions of excellence in the 2021 World Spa Awards: “Best Signature Spa Treatment in the World” (for Golden Quartz); and “Best Spa Resort in Portugal”, for a second time.

The Vila Vita Spa by Sisley Paris features a contemporary design inspired by the region’s sea caves, with a natural stone décor and soothing shades of blue and green chosen to reflect the nuances of the Atlantic Ocean. 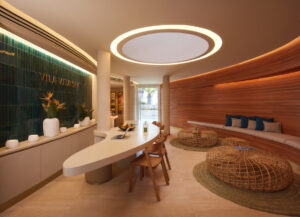 The spa’s relaxation and holistic rituals include the award-winning Golden Quartz Signature Treatment, described as including “a variety of massage techniques, alternating the application of pindas with the warm comfort of a bed of small heated quartz crystals, with the sound of Tibetan bowls, providing a deeper level of relaxation”.

In October, Vilamoura Marina was chosen by The Yacht Harbour Association as “Best International Marina of 2021”.